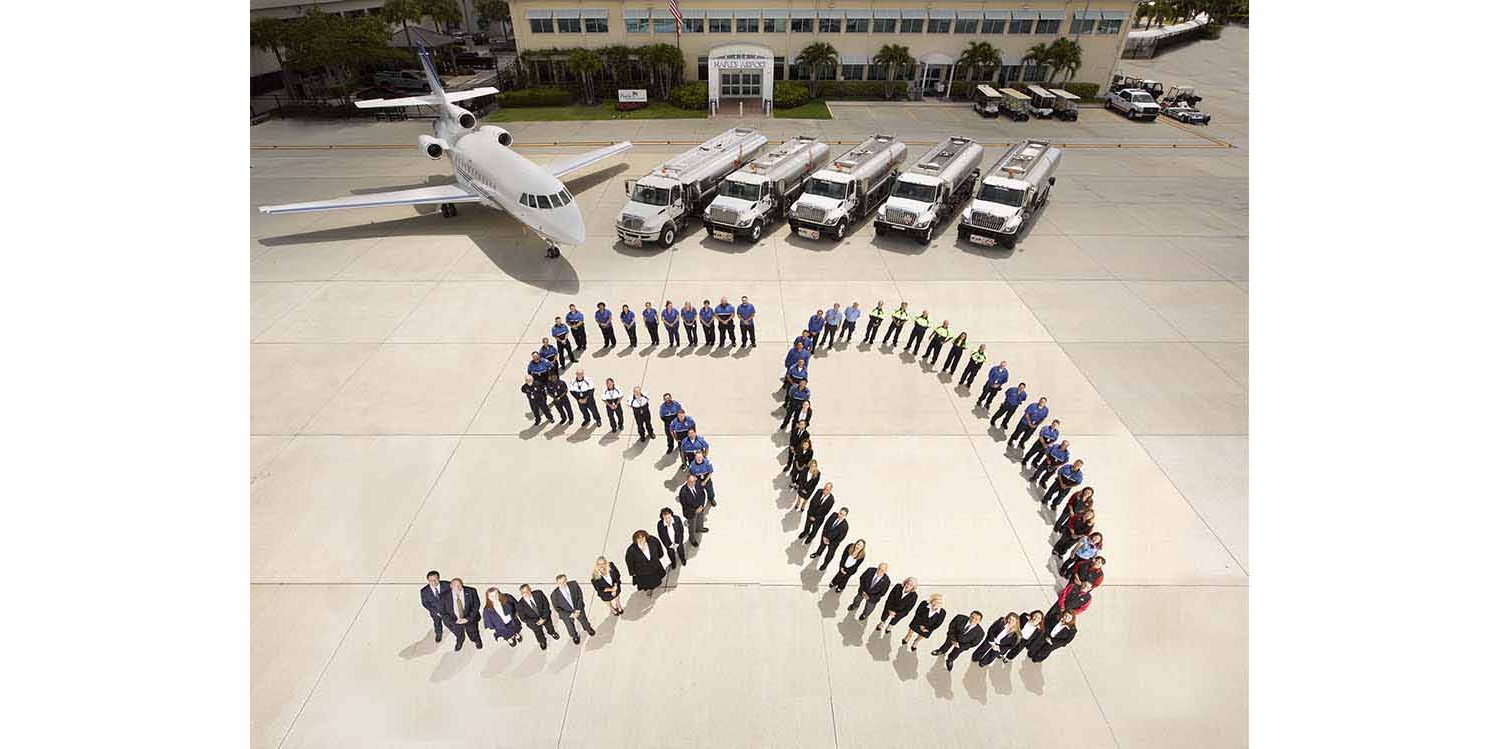 Naples Airport Authority held a commemorative retrospective event to kickoff celebrations for its 50th anniversary as a government agency charged with the operation, development and improvement of Naples Airport. NAA commissioners, employees, airport tenants, and past and present Noise Compatibility Committee members attended a retrospective event in the general aviation lobby, featuring a special commemorative display that includes a graphic timeline, tracing the NAA’s and airport’s origins, accomplishments and milestones during the past 50 years.

“It’s quite humbling to look back and realize how far we’ve come,” said NAA Executive Director Chris Rozansky. “We’re proud of our history, our community partnerships, and the service we provide to our customers.”

The retrospective display will remain in the general aviation terminal lobby at 160 Aviation Drive North for public viewing through the end of the year. As part of its golden anniversary, Naples Airport Authority also participated in the Naples Fourth of July Parade and sponsored the city’s annual fireworks display at the Naples Pier. Additional anniversary events open to the public will be announced in upcoming months.

At the event, guest speaker Howie Franklin, retired Chief Master Sergeant and U.S. Air Force Chief Flight Steward on Air Force One, humorously connected stories from the past with today’s general aviation realities. Author of “Yes Sir! Mr. President,” Franklin is the only flight steward who worked for five U.S. Presidents: Ford, Carter, Reagan, Bush and Clinton. He also flew extensively with Dr. Kissinger, Secretary of State, on his Shuttle Diplomacy Missions during the Nixon and Ford administrations.

Naples Airport began operation on Dec. 23, 1943, as the Naples Airdrome, built to support the nation’s War World II effort. After the war ended, the military transferred the airfield to the City of Naples and Collier County in 1948. By 1959, the city had full control of the airport and was spending more than $200,000 a year to support its operation. On July 3, 1969 – 50 years ago – the Florida Legislature created an independent authority at the request of the Naples City Council, and the management of the airport was transferred to the City of Naples Airport Authority under a 99-year lease.

Since then, all funds used for the airport’s operation, maintenance and improvements have been generated from activities at the airport or from federal and state grants; the airport receives no property tax dollars. The Florida Department of Transportation values the airport’s economic impact to the community at more than $440 million annually. During the 2017-2018 fiscal year, the airport accommodated 112,262 takeoffs and landings.

Naples Airport is ideally located within minutes of downtown Naples, the Gulf of Mexico and I-75, connecting people to the Paradise Coast through an exceptional airport experience. Home to flight schools, air charter operators, car rental agencies, and corporate aviation and non-aviation businesses, the airport is also a central location for public services, including fire/rescue services, mosquito control, the Collier County Sheriff’s Aviation Unit and other community services. 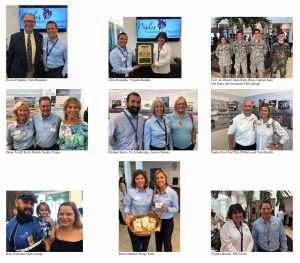