The City of Naples Airport Authority was created by State Enabling Legislation and City of Naples action in 1969. The City of Naples, recognizing the benefits of an authority type management concept, established the Authority for the purpose of enhancing service to users, improving the community gateway image and eliminating financial subsidies by city taxpayers. The Authority is a dependent special district, however it is an independent reporting entity as defined by the Governmental Accounting Standards Board (GASB).

The Authority financially supports itself directly from aviation fuel sales and airport user fees, and indirectly by airport user taxes. No local, state or federal general taxes, such as property, utility, sales, intangible or income taxes directly support the Authority. The Authority receives, for certain capital projects, state and federal financial grants from trust funds established largely from aviation fuel taxes and airline ticket taxes. The Authority pays the City of Naples for utility, police and fire fighting services and also built, equips and maintains City Fire Station #3, as well as several stormwater and environmental facilities. The Authority builds and maintains internal roadways and utilities and has constructed many of the external roadway improvements, including horticultural beautification and bicycle paths.

The Authority’s budget and amendments, if any, are adopted by resolution of the Board of Commissioners, as required by Florida Statutes. The adopted budget regulates the total expenditures of the Authority for the fiscal year, and it is unlawful for any officer of the Authority to expend or contract for expenditures that exceed the budgeted appropriations. The Authority has a September 30 Fiscal Year Ending date, and accordingly, the budget must be adopted by the Board of Commissioners before October 1, the beginning date of the new fiscal year.

The Authority’s Financial Information is available online, including Operating and Capital Budget, Annual Financial Reports, and Rates and Charges.

Information on the Authority’s Board of Commissioners is available online, including regular public meeting schedule; notice of upcoming regular, special, workshop or Board Committee meetings; and meeting minutes. 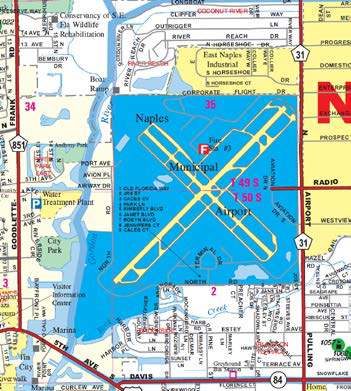